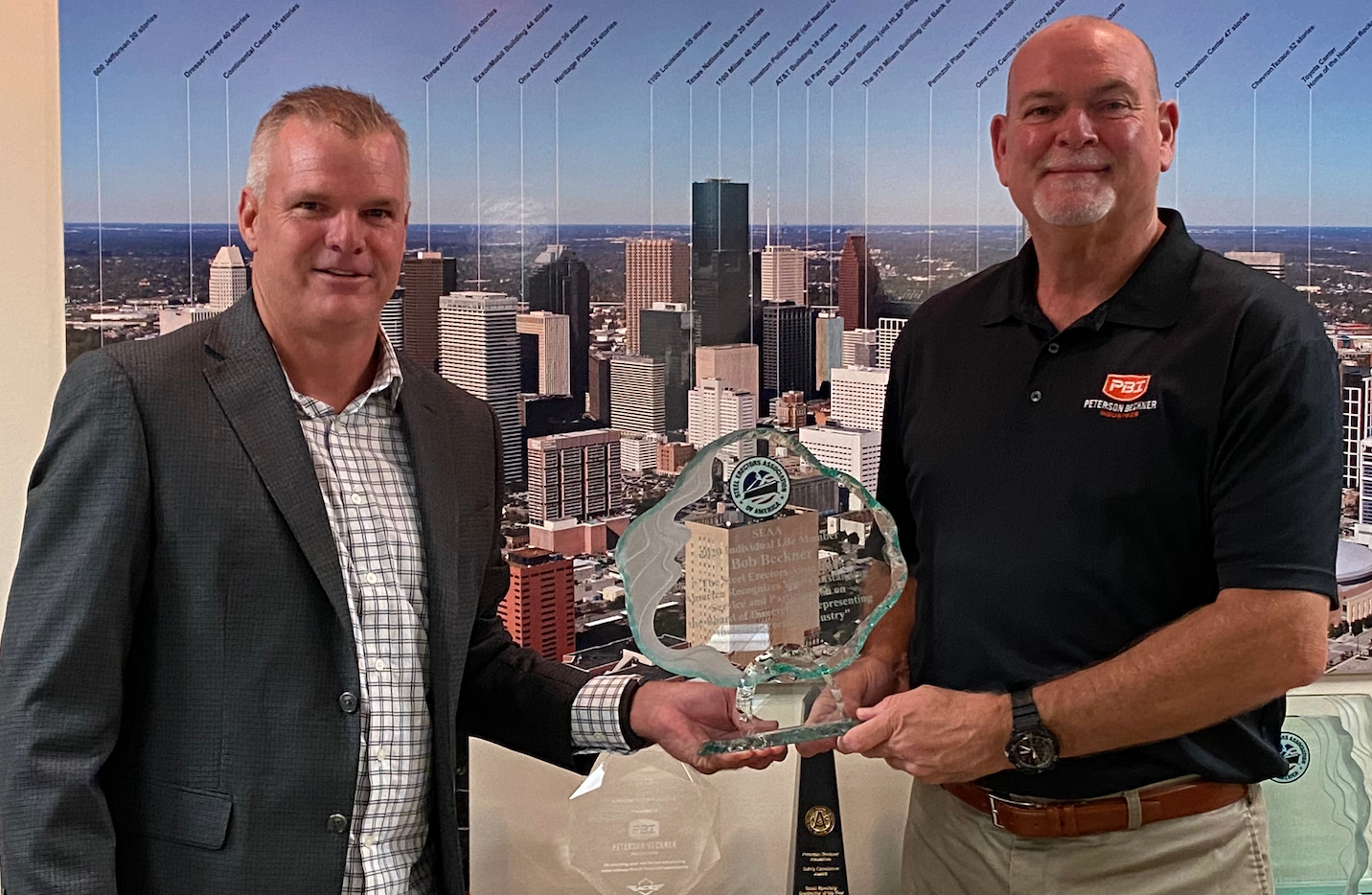 Deem was named SEAA’s 2019 Person of the Year, and Beckner, who recently stepped down from the SEAA Board of Directors in anticipation of retirement, was honored with a Lifetime Achievement award.

“David Deem is a strong advocate for the advanced of industry quality and safety standards. In addition to work with our organization, he also actively works to educate personnel through AISC and NISD programs,” said Tom Underhill, Executive Director.

Among the technical publications he has assisted in writing are the Detailing Steel for Value and Safety and Detailing Guide for the Enhancement of Erection Safety. In addition, he has been a featured speaker representing steel erectors at the North America Steel Conference. 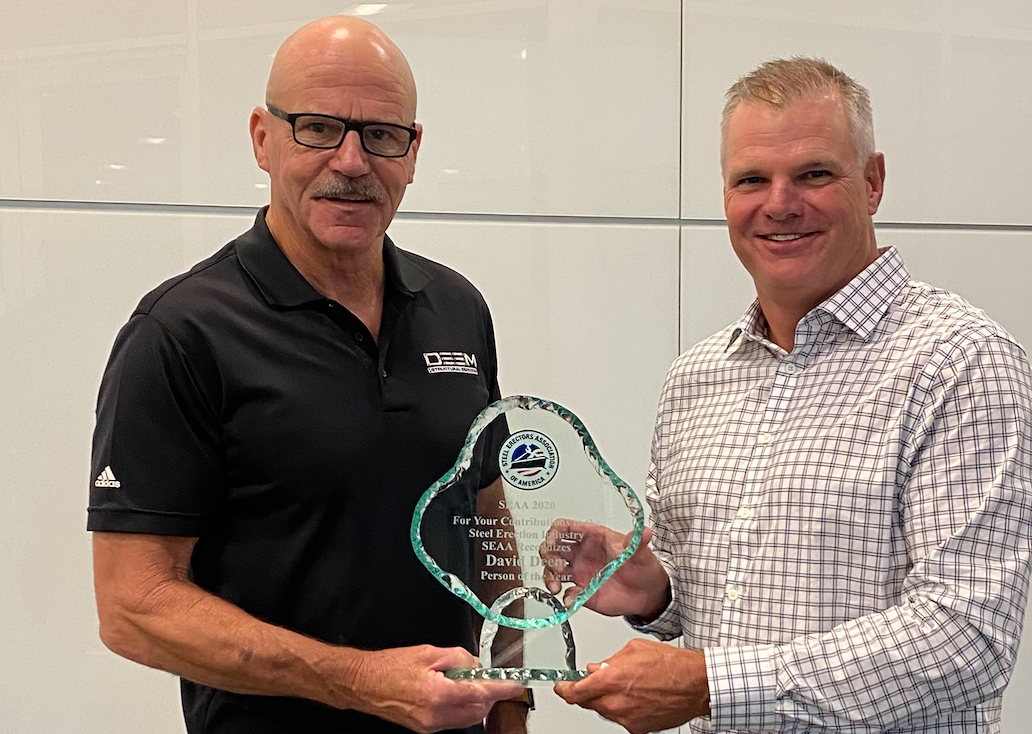 Deem has been active in SEAA since 1995, and served on the Board of Directors at various times. He is currently the Vice President, Industry representative. “David Deem is a man of few words, but when he speaks, he is insightful and direct,” said Underhill.

Bob Beckner, recipient of a Lifetime Achievement award, served on the SEAA Board of Directors for 27 years. “Bob Beckner is a selfless man who has given countless hours to our industry and organization,” said Josh Cilley, President of American Steel & Precast Erectors. Beckner is a past president of SEAA and recipient of the William Davis Service Award. He has also served on numerous AISC committees over the years.