The bigger machines get, the more important their components become, and manufacturers have got to keep up. Here’s how, according to Joel Cox, president at Pintsch Bubenzer USA. 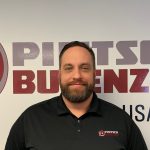 The lifting industry is obsessed with capacity and scale. I get it because I am too. It’s truly incredible to consider that a big all-terrain crane now offers more than triple the capacity than it would have done 10 or 15 years ago. Imagine if that trend continues.

The appetite of end user markets for bigger, faster and heavier is insatiable, so cranes need to keep up. I read a case study recently about a mobile crane that offers 1,200t capacity, as infrastructure and other projects demand lifting of bigger and bigger pieces. Instead of using a bunch of 20t capacity tower cranes, let’s roll in one of 330t capacity, seems increasingly to be the mindset. The pattern is replicated in industries that consume electric overhead travelling (EOT) cranes, where I understand that many readers of this magazine reside.

The advancement of end user markets and the evolution of the crane sector generally that keeps apace is duly celebrated, but we stop short of recognising that the component and ancillary sector has got to move just as fast.

We used to think of below-the-hook equipment, if we considered it at all, as tackle that connected the important stuff, the crane / hook and the load, together. Now, rigging gear and spreader beams are worlds of cutting-edge engineering and innovation in their own right. Manufacturers in this sector are being challenged to develop single items that can lift up to 5,000 tonnes.

In my wheelhouse—we manufacture a variety of high performance disc and drum brakes for severe duty applications—it’s the same story.

Sum of the parts

Take recent headlines, for example. The industry has just celebrated the fact that Heerema’s Sleipnir, a giant semi-submersible crane vessel (SSCV), named after Norse god Odin’s eight-legged horse, has completed a 15,300 tonne topsides module lift. Yes, 15,300 tonnes! Sure, the SSCV is impressive in its own right but let’s hear it for the components involved. You don’t have to shout only about Pintsch Bubenzer’s series of Twin Safe TS800 brakes on two 10,000-metric ton (22 million pound) capacity cranes and auxiliary hoists. Think about the wire rope, drives, motors, controls, etc. too.

There’ll be another feat of engineering of mind-boggling scale hot on Sleipnir’s hooves, and industry won’t stop getting bigger. Thus, it’s important that component manufacturers and suppliers are equipped to gallop along.

As my colleague, Mike Sparks, regional sales manager, recently observed in an interview with trade media, industries are trying to get larger to be more cost effective and we all need to align our manufacturing capability and technologies with that ethos. The port industry, like others, continues to grow and Sleipnir was principally created due to larger rig platforms being designed—as the recent record lift proved.

Ok, it doesn’t mean every brake maker out there has got to provide products rated for 8,000Nm (5,900 ft-lb); neither must every spreader beam manufacturer have 5,000-tonne beams on the shelf; there’s scope for scale, of course. But it’s prudent to dream big and I want to share a few tips, reinforced during the Sleipnir journey that might help those looking to get better at supplying mega projects and folks who are perhaps only now considering to expand their capacity offerings.

There are two overarching points to state at the outset:

1. You can do this if you commit to the cause and think big.

If a component supplier is prepared to follow a scalable plan, deliver fantastic work, gain experience, and back it all up with top-notch quality control, they can start to gain respect from buying decision makers at larger projects.

2. Winning such contracts and getting to pay day takes time and great patience. If you like processing orders, shipping an item for next-day delivery and sending an invoice, up-scaling might not be the best idea. And that’s fine—this guidance just might not be for you.

I’m not going to launch into a motivational speech so I’ll leave point number one as it is, but it’s worth expanding on number two:

Don’t be deterred by a protracted timeline. There really isn’t a quick way to arrive at delivery of certain components for projects named after Norse gods. In the case of Sleipnir, it took six months to develop the brakes based on customer requirements, which centred on a need for a high torque solution to mount onto a smaller than typical motor flange (the design provides about a 35% boost in torque). Additionally, each brake was required to have IP67 submersible rated protection. That’s without mentioning TÜV, AB, RMROS, Bureau Veritas, Sound dB testing based on ISO11201, and thermal capacity ref DIN standards.

You’ve really got to be prepared to stand this test of time—literally. It can be assumed that the larger the project, the more rigorous the testing procedures will be. We worked with parties in the Netherlands and Germany in addition to conducting in-house tests and investigations at the motor manufacturer (Franz Wölfer Elektromaschinenfabrik Osnabrück GmbH). Often, the dates of such testing were beyond our control as a component supplier so the business had to be dynamic and flexible enough to respond to demand. Inevitably, such tests yield results that need to be fed back to relevant points of contact and a pathway forward planned based on findings.

I referenced scalability at the outset, which also relates to a business’s ability to follow a process through. Consider that we had four people dedicated to the Sleipnir project from start to finish; they oversaw the engineering and reacted quickly to enquiries from other relevant parties. It takes a company of a certain size to be able to honour such commitment. This isn’t one-man-band stuff. If a team is already stretched providing low capacity, low-end items, how might it cope with the demands of a project like the Sleipnir?

The market sector might help a component company decide if they can fulfill an order. Working with offshore equipment, particularly SSCVs, is hugely challenging. The craftsmanship and components have to be bulletproof. Remember that no downtime is tolerated and parts are not easily accessible, floating miles from land-based warehousing.

As an example of our own evolution, we now add special elements to our offshore brakes that allow customers to be able to use products once they have reached maximum wear, allowing a chance to schedule maintenance when possible versus creating unexpected downtime.

Can you imagine such a massive vessel being down because of a brake friction disc that had to fly via helicopter or supply boat? We’d meet the wrath and fury of Odin himself.

Finally, you’ve got to want to walk with giants. Sleipnir is a beautiful piece of engineering and we’re proud to have played a part in bringing the concept to life. Personally, it’s projects like this that I get out of bed for in the mornings. It was exciting to see the vessel break the world offshore tonnage record earlier this month (September); it’ll be the first of many landmarks it will place over the years to come. Our whole team will continue to follow its work closely.

Odin would be proud of Sleipnir and its components—and so am I.