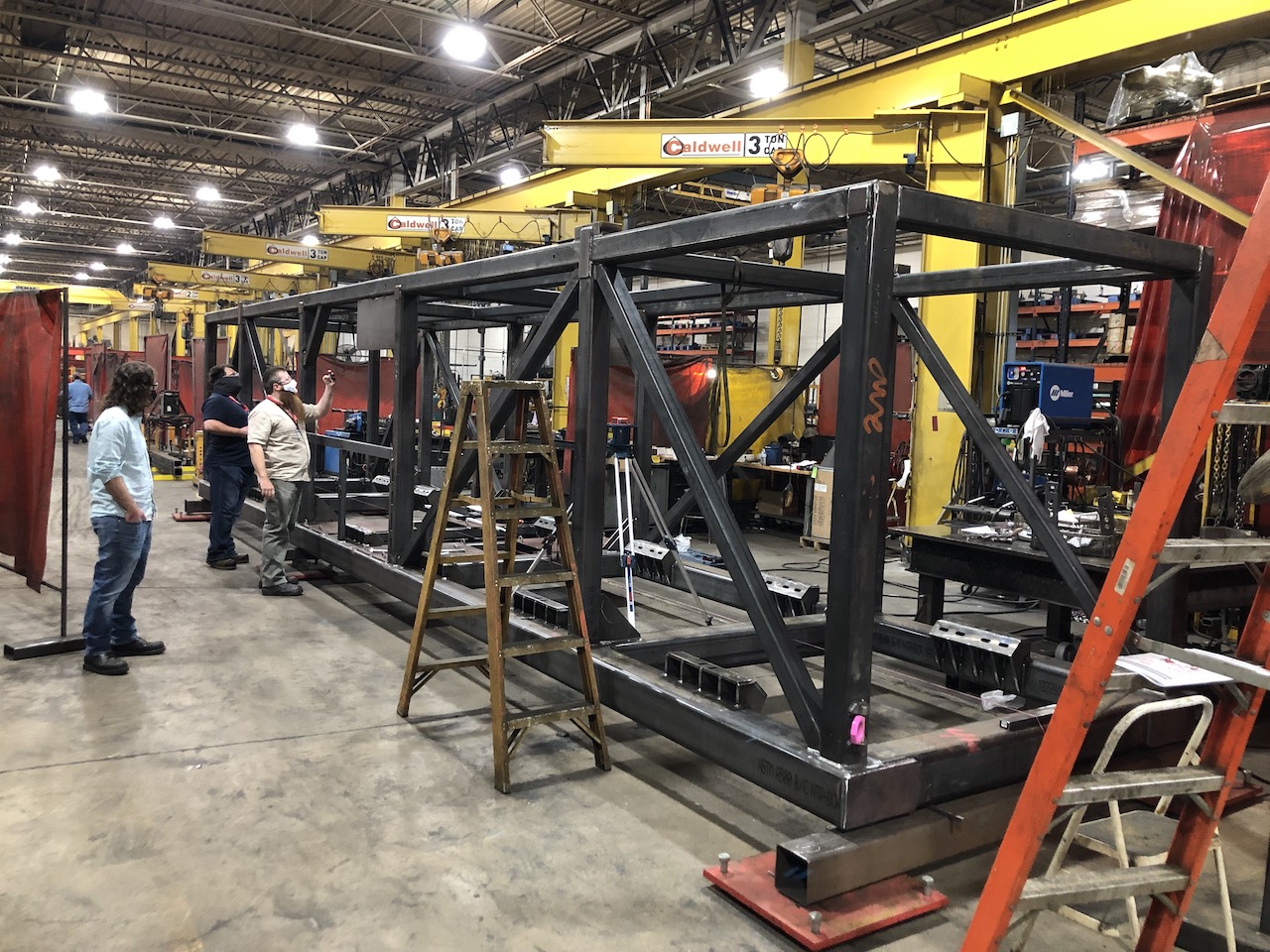 Rockford-based The Caldwell Group Inc. has customized a lifting frame that will eventually be used during transatlantic transportation of cryomodules, likely during the summer of 2022.

Fermi National Accelerator Laboratory’s (Fermilab) Proton Improvement Plan II (PIP-II) Project plans the assembly of three high-beta 650MHz (HB650) cryomodules at STFC-UKRI in the UK. The completed modules must be safely transported to FNAL in Illinois, USA. To achieve this a transport frame was designed to protect the cryomodules during transit. The entire project was a collaborative effort involving extensive meetings between Caldwell, John Sakash, and Fermilab.

The job was approved on 21 May and shipped on 30 November.

Using a crane, a cryomodule will be lowered through the top opening of the frame onto supports underneath the cryomodule. This will allow safe alignment and attachment of the cradles. The top guard is then lowered into position, and instrumentation can be mounted onto the central platforms.

The frame, originally designed by STFC-UKRI, a partner institution with Fermilab on PIP-II, meets requirements for shock, vibration, lifting, and transport loads in both the United States and Europe. The frame features four lifting points to stabilize the load, connected to a top sling at an angle of 30 degrees to accommodate headroom requirements; the sling spread will be 23.2 ft. (7.07m) by 7 ft. (2.13m). 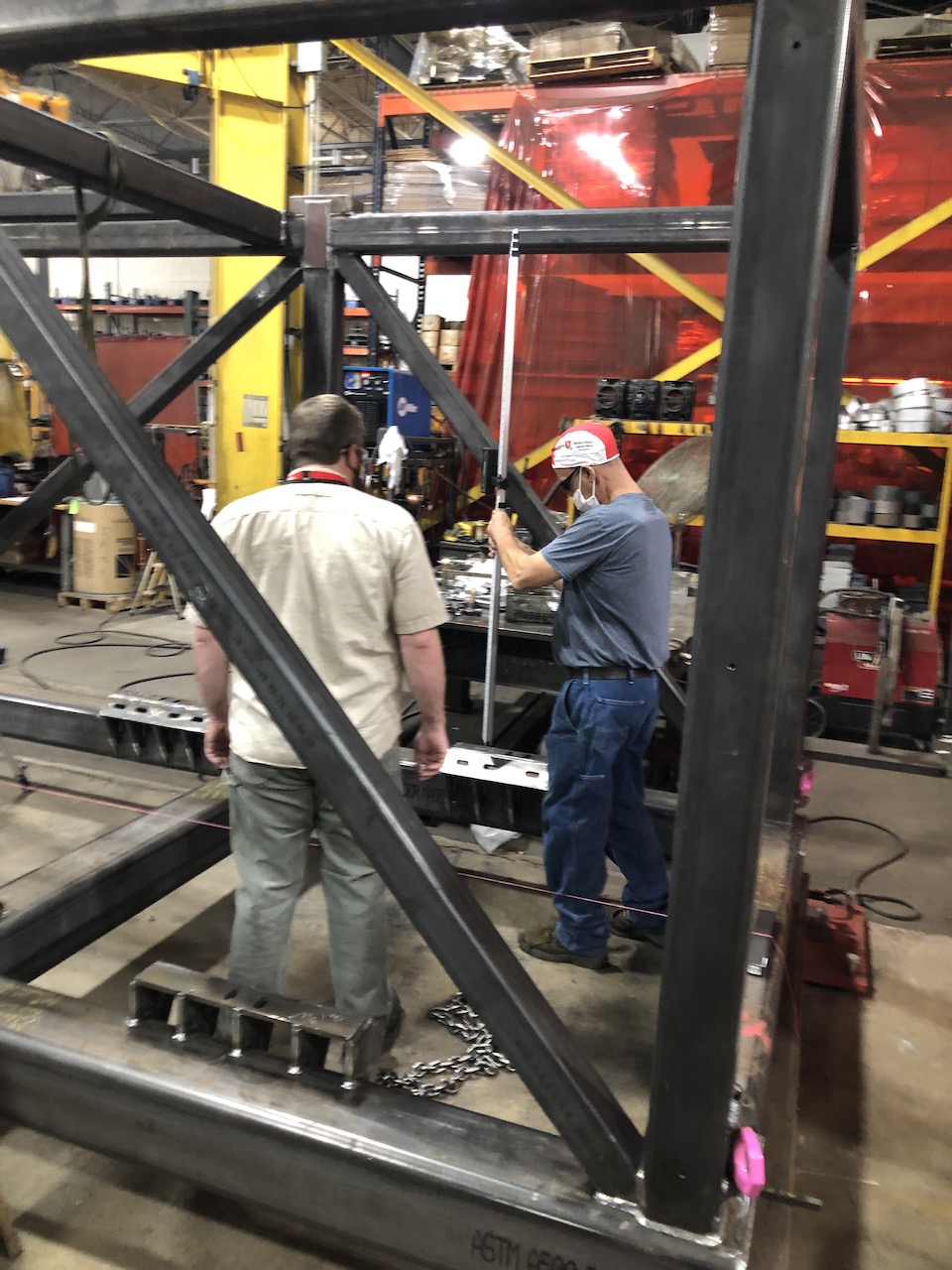 After final welding, a representative of Fermilab visited Caldwell to complete a final inspection.

Pete Sakash, of John Sakash Company, said: “This isn’t a level of engineering and manufacturing capability that is readily available in industry. The frame will likely be used on three occasions, but they must have complete trust in the whole system, given the value and importance of the load and the transatlantic journey it will take. Thusly, shock absorption was a major part of the design. The last thing that anyone wants is for the cryomodule to get shaken around during shipping. The type of shock absorbers that they’re using were specified by PIP-II engineers.” 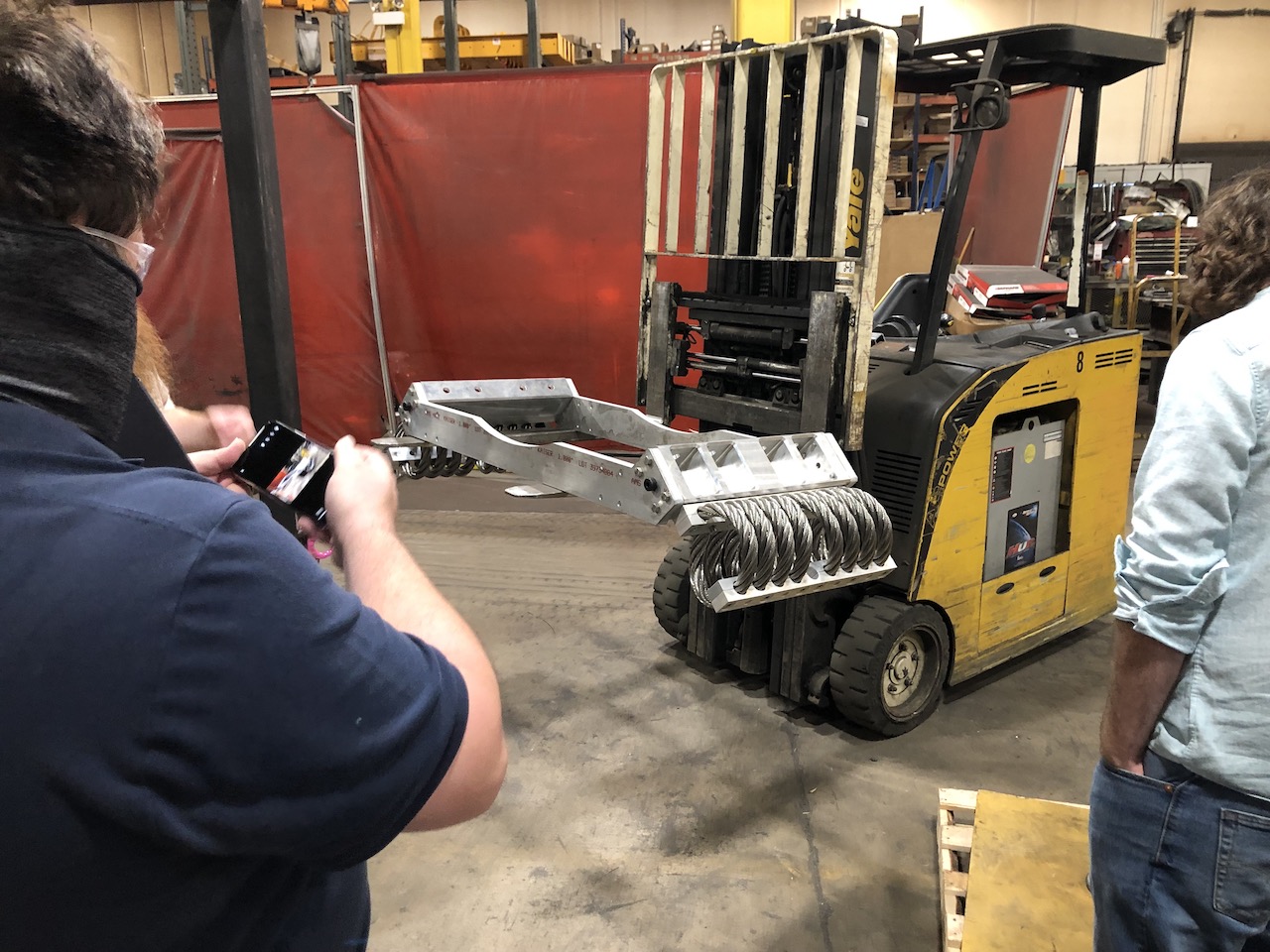 One of seven aluminum cradles.

Cream City Scale, also of Illinois, was contracted by Caldwell to complete a 200% load test, during which each cradle needed to be loaded. The job was approved on 21 May 2021 and shipped on 30 November 2021.

Sakash added: “What stands out to me is just the whole collaborative aspect of it. So many people are involved in this—contractors, manufacturers, engineers, various countries, etc.—and it’s all just for research. They’re not building a bridge, or expanding a highway, or putting up a building, they’re doing experiments to try and find out more about our universe. It’s an honor to be a part of it.”

Sakash revealed that John Sakash Company and Caldwell are already collaborating on provision of a dummy load to fit inside the frame for a spring 2022 test run. Sensors will be used to record the movements and stresses put on the dummy load inside the transport frame. 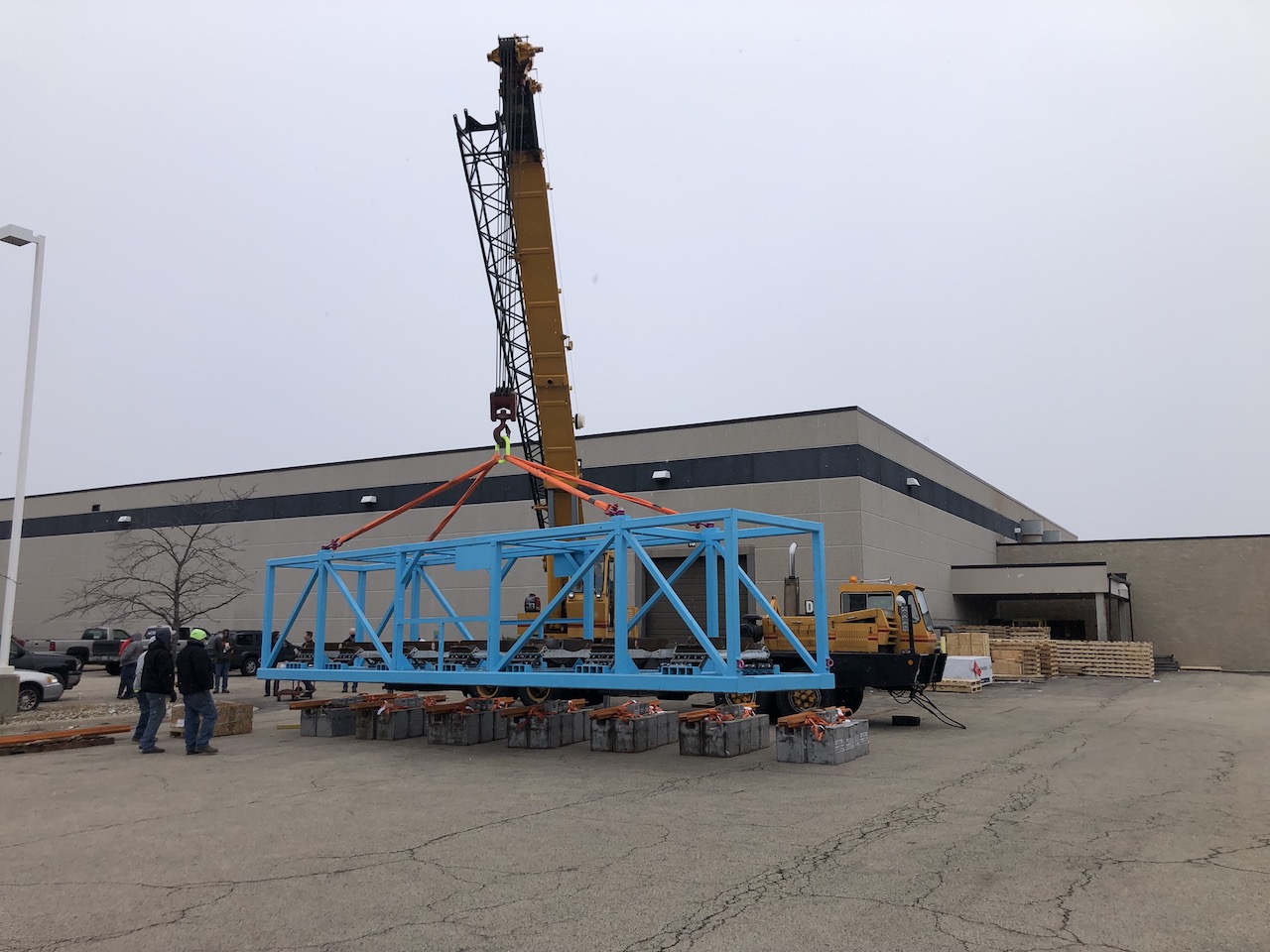 Cream City Scale, also of Illinois, was contracted by Caldwell to complete a 200% load test, during which each cradle needed to be loaded.

RMGs for Port of Virginia