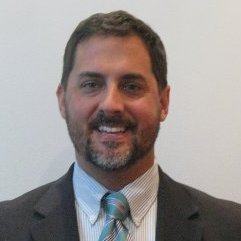 On a number of occasions recently I’ve had to drop everything, travel to the airport and get to an end user’s facility following problems that have been encountered with newly installed overhead lifting equipment. In every case, and in nearly all instances of this kind I’ve seen throughout my career, such issues could have been avoided if the facility had invested in training their staff to operate the new piece of machinery.

Honestly, it would be safer to employ a novice to operate a new crane than give the controls to an operator who has worked with an older unit for the last decade. Assuming the controls and behavior of the crane are going to be similar is naive. Mechanisms, center of gravity, weight distribution, speed and more are all going to be vastly different.

Have you seen a Mac user try to work on a PC or vice versa? Within minutes of trying the shortcut keys familiar to them and looking for missing commands in the toolbars, they’re banging the desk in frustration and exclaiming, ‘How do you work on this all the time?!’ Same with an iPhone user when they pick up a friend’s Blackberry. ‘How do you even get into this thing?’ they ask. It’s the same trying to operate a new crane without training.

Imagine what a frustrated operator can do with a 100-ton capacity crane by forcing the control panel or experimenting with a command. That’s why, in other industries, operators, drivers and pilots of locomotives, planes, dump trucks or earth-moving equipment go through a thorough training program when they are issued with new equipment. When we pick up a new car complete with computer, GPS, touch ignition and other high-tech gadgets, we expect a run-through of what everything does. Cranes can kill people too!

When personnel operate a crane without training the damage doesn’t always manifest itself in damage to people or property. It might be that misuse has caused drums or brakes to wear out, for example. If an operator doesn’t understand the physics of bridge and gantry motion it might result in side pulling, leading to burst wire ropes and sheave damage. Oftentimes, users start repairing a crane still under the manufacturer’s warranty, resulting in further damage and cost. I’ve even seen a crane with edges ground down to protect the wire rope. If a car starts to make unfamiliar noises, one doesn’t take a grinder to it, do they?

Train those operating new equipment as a rule, not depending on how old the previous crane was or who the supplier might be. Even if a crane replaced a unit of the same manufacturer that was only three years old, it could have changed appreciably over that time. All the manufacturer would have to do is change the specification from contacted to variable frequency or pendant to radio remote control. Consider the difference such changes make to the operator.

This blog isn’t an analysis of human psychology, but it’s worth noting how we react to unfamiliarity with tools and devices, particularly in a modern, super-fast society. I think a Google study found that if we can’t find something we’re looking for online in 10 seconds, we give up. Compare that to one’s mentality in a library, say, 20 years ago. Apple, meanwhile, suggests if we attempt to buy an app on three occasions unsuccessfully, we give up.

Transfer that mentality to an industrial workplace. If an experienced, trusted operator can’t get to grips with his new crane, he downs tools, tells the supervisor and his discontent becomes known by management. Training rarely gets tabled as a solution (it’s probably too late at this stage anyway) and nobody dare suggest the operator picks up a manual! The end user is stuck with a shiny new crane that the operator can’t use and the entire operation has shuddered to a halt.

This is when my phone rings! The manufacturer of the crane gets called out to the site with the end user claiming the crane is not to spec. Given that the crane in nearly all cases is running perfectly to the specifications, another stalemate follows. The labor force insists the crane isn’t as good as the old one, the manufacturer says it’s everything it should be, and management doesn’t know which way to turn as production remains on hold and costs rack up. There’s a resulting dispute over the manufacturer’s final 10% purchase charge, repeat business is threatened and everyone’s stress levels are through the roof; all because the end user didn’t get the proper training.

If we’re agreed that operator training on new equipment is a good idea, let’s look into ways we can make that training efficient. First, the training needs to be delivered by someone who understands the new equipment. Imagine if the trainer was basing course matter on experiences with a dated version of a similar crane. We’d end up back at square one.

Not only should the training content be specifically tailored to the new crane, it should focus on the differences between old and new. For example, how does remote control work differently to pendant control? What do certain technological improvements actually mean in terms of the crane’s performance?

In all the callouts I’ve attended recently, the operator was not familiar with the starting and stopping speed of the bridge motion. They were running the bridge to the point where the load was in the cradle, which was evident by rope, drum, and pulley wear. If one of the operators had dropped a load, there would be many witnesses who could testify that side pulling was apparent, placing blame firmly at the feet of them and their employer.

I hope this blog has at least provided food for thought on this important subject. There are many options an end user can select from to train operators following installation of a new overhead crane. Whether it’s the manufacturer, dealer, training company or a consultant who will customize a training package, pay a bit now to avoid paying a lot—even the ultimate price—later.