Have you ever wondered how to deal with someone who doesn’t like you? Have you ever thought maybe, just maybe, you could learn from them? Most likely, no. So this may sound like the strangest or possibly most hypocritical read you will ever come across. All my life I have been happier when I know someone likes me and it always seems easier to get through life that way, I am a true people-pleaser. However, it doesn’t always work out. That is why I wish young people entering their careers would hear this one out. Guess what? Sometimes people will just not like you, period, end of story. You could spend time analyzing it and never know the true reason. So what can you do now?

One of my best case examples is when I was working as a server in the evening. During the interview, I was very clear that I was starting a company.  I explained that I was not drawing a salary at the time and putting all the money into the company but still had rent to pay, car payments etc. I explained that I could not report to work until 6:00 PM but promised I’d stay late, pick up any tables anyone couldn’t get to, do extra side work, and anything it took. For whatever reason, I kept getting written up for being late, even though my boss and I agreed on my starting time. I made it an extra special point to get in earlier than the six start time we agreed on and gently reminded my boss (Let’s just call him Henry but that was not his name) “Henry, do you remember when I asked for this job I explained to you that I needed a 6:00 Start time?” So for the year I worked there, I simply handed in every write up from “Henry” and wrote on the back we agreed on a 6:00 PM start time. So the bottom line is I just went with the flow. I made really good money at that restaurant and everyone who worked there knew that Henry did not like me. I guess you could say I did not change him and he did not change me. So I learned at a young age, you can’t change people, people only change when they want to.

I had an instructor in College that clearly could not stand me. The first day I walked into class she gave me a dirty look. Anytime I held my hand up she blatantly ignored me. Every single paper I wrote was attacked by nit-picky and non-important criticism. One day during a group project this woman actually tried to make a mockery out of me in front of my fellow students. Honestly, I felt depleted of motivation and almost wanted to drop out of her class. That is until one of my mentors told me to schedule an appointment with her after hours. He said, you have nothing to lose so, point blank, say something like, “I can tell you’re not fond of me but I really need to get an A in this class. No matter what I do, it seems it’s not good enough, what do you think I can do better?” This lady seemed to like the “power” she had over me but regardless, I stated I knew she did not like me, I was going to her first to work it out and I care about her class. After that meeting she relaxed a little … and I ended up earning a B. I was happier with that B than almost any other grade I ever earned. Instead of giving up I toughened up.

My last example was from another boss at a Graphics Design Company. This was my very first “professional” job. This man was extremely successful; he drove a Porsche, had a few companies and was really involved with all of them. I was the only woman working with a small team of men. They reminded me of the boys that used to tease me in school. I detested the 6:00 AM start time and the work was not as creative as I thought it should be. After the “Big Boss” dumped his trash into my trash can I nearly lost it. So, one day I asked for a meeting and stated, “Why is it that you seem to relentlessly target me?” I was informed this, “Kirsten you are too sensitive. You take constructive criticism the wrong way. We all like you but you act as though you are somehow better than everyone. Guess what, you’re not.” I was literally blown away by his remarks and honestly asked my team members if they thought the same thing. They all agreed with the Boss. I asked for specific examples. That is when I realized, I do need to watch my tone, my actions and demeanor. After that I made a point to LISTEN to their instruction. I cannot tell you how many things I learned. Everyone has their own unique talents and the best way to learn something is from an expert who is willing to show you.

Moral of the Story

It is so very important to find the right balance of confidence and humility when entering the workforce as a young adult. Staying true to yourself and putting your best foot forward while simultaneously remaining humble, listening, and taking constructive criticism is not easy. Take it from my experiences and keep them in mind as your navigate your way through the working world. 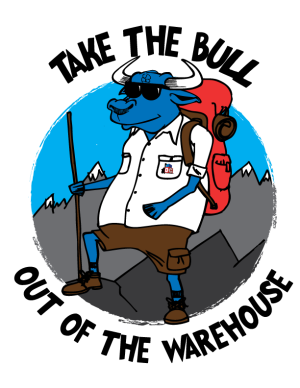