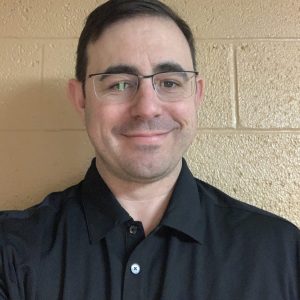 Has your career become a battle from one pay cheque to the next?

You’re not alone. I speak to many young people, indeed, professionals of all ages, who feel like they’re on a treadmill. They’re going nowhere fast. It’s all a damp squib. Worse, their workplaces have become the source of all things negative in their lives and they’re longing for retirement when they should be on an exciting adventure, one that challenges, inspires, and rewards in equal measure.

I don’t have a magic wand, but what I do possess is the experience I’ve gained along a varied career path during which accepting new challenges has always served me well. Loyalty is an admirable trait—and I’d like to think I’ve offered all of my superiors plenty of it—but nobody should owe their employer a career of servitude, especially when goalposts have been moved, or a business’s culture isn’t what it first appeared to be. Life’s too short. It doesn’t matter if someone works at one company or 30 from their first day of work through to retirement. What’s important is that they’re living to work and not working to live, within reason.

Greet the unknown as a friend. Accept challenge as an ally. I’m a family man—I have a wife and two young children—and I acknowledge the pressures that brings. A lot of conversations take place over the dinner table in households not dissimilar to my own and it’s often the easy option to stick with the devil you know. It certainly takes some balls to tell a wife or partner that you’re leaving a position to accept a new challenge. Security is always the buzzword. But I’ve found that if one has faith in themselves and their abilities, then success can be found in any endeavour. Chances are, even the job that feels secure probably isn’t. And taking a leap could be the best decision one ever makes.

First, it’s important to be honest about the status quo. If one starts to feel disenchanted or unmotivated, get to the source of the problem. Is that dead-end feeling a consequence of the individual, the role, or the company itself? React accordingly. It’s not about running at the first sign of trouble. It might be that a person can change their approach to work in terms of dedication or attitude. The functions of a particular job could also be to blame. Perhaps a person is too well qualified to stack shelves or not suitably trained to oversee a certain department.

If someone is at a good company with a sound culture that aligns with that person, it’s possible they’ve found themselves in the wrong role for their talents and aspirations. Here, the issue should be raised with a line manager before making a drastic decision to resign. Too many good people leave companies because they are in the wrong role. An employer’s response to an employee who has raised such an issue says a lot about their intent. If they react positively and try to accommodate a person’s needs, it suggests they’ll look after their people in other ways as well. Sometimes the culture of a company is the problem and an individual wouldn’t fit the mould in a thousand years of trying. If that’s the case, an exit strategy should be implemented.

It’s been said many times that there’s nothing out there by people who haven’t looked. It’s important not to fight a losing battle if someone senses that they don’t fit the culture. If the workplace is generating negative energy already, sticking it out will only make things worse. Nobody wins. The employee will resent the employer, while the individual involved is unlikely to commit 100% to the cause while they consider their options. There are ways of improving certain situations at work, but I’ve never tried to take on a company’s culture. It’s a fool’s errand.

Once a positive decision has been made to look elsewhere, it’s prudent to stay within a marketplace or product group, providing it wasn’t the sector itself that proved uninteresting. In my case, I’ve always found myself in the world of material handling equipment, often related to electric overhead travelling (EOT) cranes. A consistent thread allows a person to leverage previous contacts and experiences. Continuity is also favourable to prospective employers. If an individual has been getting down at work, but has enjoyed the trade shows, conferences, and other events they’ve attended, it’s worth exploring other roles in the industry. These out-of-office engagements are an effective way of building contacts too, which could be leveraged during the search for a new challenge.

It’s important, particularly for a millennial, to have a career plan, but build flexibility into it. For example, I see myself one day in a managerial position, which is what drove me to previous roles at remote control manufacturer HBC-radiomatic and, later, Rexnord, a chain belt manufacturer (both great businesses). However, it became apparent to me that this long-term ambition was negatively impacting my work-life balance in the immediate term as a father of young children. I wasn’t ready for it. For now, regional, market-focussed roles suit me better and I recognise how important it is to be honest about that. Consider this when making applications.

Continue due diligence during interviews and meetings with potential employers. It’s important to gain an understanding of the role. Too few people realise that such meetings are the interviewee’s chance to ask questions too. Here are a few of my favourites:

What is the company culture?

What are expectations of employees?

What tools are available?

What training is provided?

How big is the team?

How long have those team members been with the company?

Is it a sales or production driven business?

Think of the information that can be gathered just by asking these simple questions. If it sounds like one could be jumping out of the frying pan into the fire, walk away. If, on the other hand, the responses paint a very different picture to the current or previous employer, it might be the right role. Compensation (pay), by the way, doesn’t matter if the culture is wrong and the sales team, for instance, are not duly supported to achieve their goals. Find out before it’s too late.

Don’t burn bridges you might have to cross later

Key to success, even when moving between companies to find the right position, is maintaining good relationships. Aside from the obvious requirement of good references and the need to keep doors open—there are mouths to feed, after all—it’s generally good practice to part on good terms and be grateful for the opportunity given, even if it didn’t work out. Industries can be extremely small and it’s never wise to develop a bad reputation, no matter how tempting it might be to share one’s opinions upon slamming the door on a workplace for the last time. I must add that due courtesy has always been shown to me in return.

Relationships are crucial—full stop (or period, as we say in the states). I met my current boss, Joel Cox, a number of years ago when I was at Conductix-Wampfler, a supplier of mobile energy supply and data transmission systems. Interestingly, he was recently looking for someone who had experience in material handling and was familiar with the culture created by German ownership. Knowing my background (Conductix and HBC are both German-owned) he thought I might be interested. Having found myself at a publicly traded organisation, I was keen for a return to a private or family-owned business.

Before I accepted my latest challenge, I wrote down the differences between roles old and new. It’s an enlightening exercise. It emerged that there were three major contrasts: there was a market not regional focus; I was to promote a single product versus multiple brands; and I would get input on pricing, marketing, and the business aspects of account management, as opposed to being dictated to in these key areas. The overarching contrariety, therefore, was culture. In my previous role, I was on the outside; all product, pricing, marketing, strategy, and those kind of decisions were made by other people. I respected the process, but it wasn’t for me.

It’s not a competition about who can notch up the most employers on a résumé, but gaining experience at different businesses does make one more multidimensional than someone who might have graduated at the same time but has spent their entire career to date at one firm. There are similarities, as we’ve explored, but ownership, management, colleagues, customers, and product are ultimately different to a certain extent everywhere. I frequently reference observations I made at Company X that compared to Company Y, while Company Z taught me how to do this, which continues to serve me well.

Be a sponge; soak it all up.

Might it be time to look for your next challenge?

I appreciate you reading my first column. In my next installment I will again be addressing millennials, and others, looking to start or continue a career in the challenging component sector.

Mike Sparks is regional sales manager at Pintsch Bubenzer USA LLC. He has a Bachelor of Science, Mechanical Engineering (BSME) degree from the University of Toledo and a Master of Business Administration (MBA) from the University of Cincinnati. His career started at Bock Engineered Products, where he spent three years as a machine designer for the food industry. From there, Sparks moved to Shinwa USA, a manufacturer of metal joint products and industrial machines, and also a Tier 1 supplier to Toyota. Destined for more sales-centric roles, he became regional manager at MDSI, selling computer numerical control (CNC) systems, which teed up an eight-year stay at German-headquartered Conductix-Wampfler, a supplier of mobile energy supply and data transmission systems, where he was a market manager for electric overhead travelling (EOT) cranes for the Americas. His next role was also at a German-owned business, this time remote control manufacturer HBC-radiomatic where, again, Sparks’ role centred on overhead lifting equipment. He arrived at Bubenzer, also a subsidiary of a German company, following a spell as regional manager at Rexnord, a chain belt manufacturer. Sparks has a wealth of experience from leadership roles within various trade associations, such as the Crane Manufacturers Association of America (CMAA); Electrification and Controls Manufacturers Association (ECMA), of which he served as chairman; and Association for Iron & Steel Technology (AIST) Cranes Technology Committee. He has been married for 15 years and has two children, Maggie, 6 and Jack, 4.