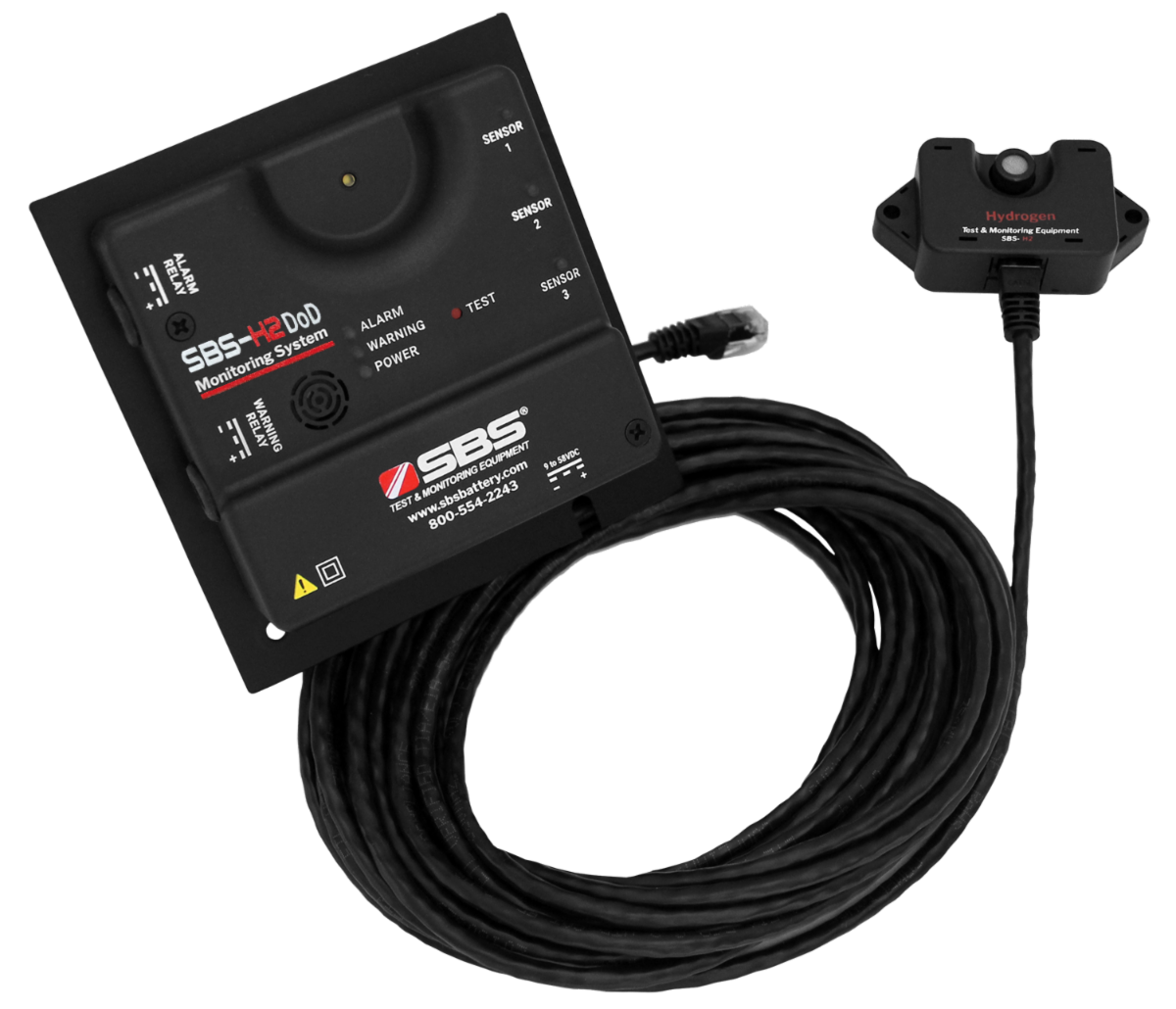 Hydrogen gas detection is vital in battery locations, where the gas can accumulate into potentially explosive concentrations. Traditional detectors are designed to measure the amount of hydrogen gas in the air and provide warnings when gas levels reach 25 percent and 50 percent of the LEL concentration. The LEL for hydrogen is a 4 percent concentration in the air. The new DoD model from Exponential Power detects hydrogen at 12.5 percent and 25 percent of the LEL – a significant additional safety margin that is critical for military applications.

“We were asked by multiple departments inside the DoD to provide a hydrogen gas detector with lower detection levels,” says Exponential Power CEO Jake Walker. “Our engineering team was up to the challenge and we are now supplying DoD-spec’d hydrogen detectors to the Army, Navy and even NASA.” The detectors are used in battery rooms and hydrogen generation plants, and we anticipate more residential use in the future as hydrogen becomes and increasingly popular form of power supply.

Hydrogen gas detection is vital in battery locations, where the gas can accumulate into potentially explosive concentrations.

The new SBS-H2-DoD is a UL-Listed gas detector manufactured and serviced by Exponential Power in the United States. The device features CAT cable connections between the main unit and up to three sensors, leading to easier installs and retrofits into sensitive and classified environments. Each sensor monitors up to 600 square feet of space and can be powered by AC and/or DC power.

The enhanced DoD detector is proving to be very popular with the military and we’re proud to provide an important safety device to protect equipment and servicemen and women.